Well today is the day to appreciate the hairstyle you have, and those around you. Some, however, may take a bit of getting use to.

Now we all want to be attractive to someone. To some it may consist of looking like what we might consider normal, to others it’s standing out in some fashion or the other. Wearing different looking clothes doesn’t really stand-out all that much anymore. So how else can you get someone’s attention? Why not change your hair, it’s almost sure to get you noticed.

I mean, wearing something that looks like a giant lizard is sitting on your head is one way to do it. It does say something about your personality and maybe even your character. Some will think it’s really cool while others will cross the street to try and avoid you.

There’s also that Statue of Liberty look that shows your patriotism, and maybe insanity.  You also have to be careful not to put out someone’s eye walking to close to you.  The nice thing about this “do” is that you can easily clean those ceiling fan blades without having to get any tools or ladders.

Of course, most of us just horse around with our hair. Trying different things until we find something that works for us.

How to celebrate – Create your own unusual hairstyle today. Go to beauty school to learn how to fashion hair.  Buy a bunch of wigs and see how long you can fool people.

Greenery Day is based upon Emperor Hirohito birthday, April 29th, although apparently it is most often celebrated on May 4th in Japan. It was established in 1989 after Emperor Showa (The line of Emperors, same guy) died on Jan.7th. So I’m a little confused about his holiday, it came after his death, may or may not be on April 29th his birthday, and he has two names.

Hirohito was Emperor during World War 2. From what I have read he was basically opposed to the war but as the leader of the Japanese people he was not really able to prevent it. Huh? However they could not end the war without his permission, which he gave after two atomic bombs had been dropped, his navy destroyed and his people suffering beyond belief.

So why do they celebrate it as Greenery Day? I have absolutely no idea other than beautiful gardens have always been a part of the Japanese culture. They are certainly green and I am sure that while the rest of his country was burning, he had beautiful gardens to walk through.

Now I am not blaming him for the war, and I am not denying that Japan does have some of the most beautiful gardens anywhere. The two things together are a bit odd though. However I do have to admit I am not all that versed in Hirohito’s life so maybe greenery was a huge part of his life.

I do know this… if more of the world was green maybe we all would be calmer, gentler people. It’s hard to be violent when surrounded by natures natural beauty.

How to celebrate – Enjoy your own garden, or your neighbors today. (Just don’t get caught tromping through your neighbors garden.) Plant something today. Go for a walk in a forest.

“I think that I shall never see, a poem pretty as a tree.” Ain’t it the truth! Trees are one of man’s best friends as well as dogs. They provide3 oxygen for us to breath, shade for us to rest under and (In some cases) fruit for us to eat.

Arbor means tree in Latin, hence… Arbor Day. This is the day when we are supposed to plant a new tree and watch it grow. The first Arbor Day, or Tree Planters Day, was back in 1872. It started in Nebraska where the plains were devoid of trees. It was a effort to get trees growing in the area for all of the aforesaid reasons. Since then nearly 18 million trees are planted every Arbor Day. (Still not enough to replace all those being destroyed)

There is a tradition to plant a tree when you move into a house so that you can see it grow over the time you live there. it is hard to imagine that something this small might one day into something…

… this big! The tree has always been there for mankind. Think of Issac Newton and gravity, Johnny Appleseed and his legend and where would Robin Hood have hid out if not for the forest?

And we haven’t even talked about Adam and Eve! If not for the Apple Tree the world might still just be Adam and Eve roaming the earth alone. But seriously, trees are vital to our very existence.  We need to tree them for the value they serve man.

How to celebrate – Plant a tree today for whatever reason you choose. Learn what trees you can grow in your area that provide you with fruit. Stop and just admire a tree today and realize how much they provide to your life.

It seems only appropriate now that baseball season is back in full swing that we should celebrate one of the men who made the game what it is – Babe Ruth.  Baseball has been popular since the Civil War when soldiers use to play their version of the game when in camp (this included hitting the runner with the ball, often knocking them out), but its popularity hit its zenith during Ruth’s days at “The House That Ruth Built” – Yankee Stadium.

This date is remembered as the next to last time Ruth visited the stadium was on April 27th, 1947. He would die of throat cancer soon after and a legend would pass from the game leaving behind fans that still speak of him today.

For years he would hold the home run record at 60, which is odd for a man that started his career as a pitcher. Since then, many have passed his record, namely Roger Maris (also a Yankee), with 61. No one will ever forget his famous gesture of pointing to where he would hit a home run for a young boy who he had visited in the hospital.  He proceeded to hit it exactly where he aimed. There seems to be some controversy as to whether this actually happened or not but what harm is there in believing it?

“The Bambino” helped make baseball what it is today and should always be remembered.  He wasn’t perfect but he was a hero to so many.

How to celebrate – Visit Yankee Stadium and enjoy a baseball game today. Cheer on your favorite baseball team today.  Go to a little league game and cheer the children, even if you don’t know any of them.

Who hasn’t wanted to live in Australia at some point or another? For some unknown reason people seem to love Australians, maybe it’s the accent, maybe it’s the lure of  the land down under.

Even the animals native to Australia seem to be hug-able, though I am told they can rip you apart if they want to. (But then, so can a cat from any country)

For some reason we think of most Australians as being in pretty good shape. They are believed to be rugged and buff, The dream of every non-Australian. I am sure not all Australians are that way, just all those who are photographed seem to be that way.

And it’s not just the men, the women seem to be in pretty good shape themselves! And who doesn’t want to hug somebody that you can actually get your arms around!?!

And I can tell from personal experience, there is no dog on earth more hug-able than an Australian Shepherd. (Though I am told they are not really from Australia.) We can thank Wellcat.com for today.

For centuries, the East and West stayed to themselves, neither wanting to know the other or share in their worlds.  It doesn’t matter if it was the East Coast verse the West Coast or the Orient verse Europeans, neither trusted each other or wanted much to do with the others culture.

In fact in Japan, until 1860, sailing to a western port was a capital offense. It doesn’t mean that the cultures did not meet because they did. Many Japanese sailors ended up on the California coast because of shipwrecks and storms at sea. Unable to return to their native land, they settled where they were. I assume the same happened with Europeans in Japan and China.

The times began to change when Commodore Perry visited Japan in 1852. The Japanese were not all that thrilled to see him but looking at the guns on his ship they were persuaded not to argue too much.

During World War 2 the west meeting the east meant the end of the war in Europe. When Russian and American troops collided with each other thee was joy, but also mistrust. In fact there was a concerted effort to find all the artwork the Germans had hidden before the Russians could claim it. While things have changed over the years, there is still a great deal of mistrust between the East and the West. They are entirely different cultures with different values. It will stay that way until we all realize that we are people with the same basic needs and desires.

It’s sort of like a football game if you think about it. We have the East verses West compete to see who has the better players. The difference is, at the end of the game everyone shakes hands and goes back home hopefully with a better impression of the other side. Now if we could only apply the same thing to governments. 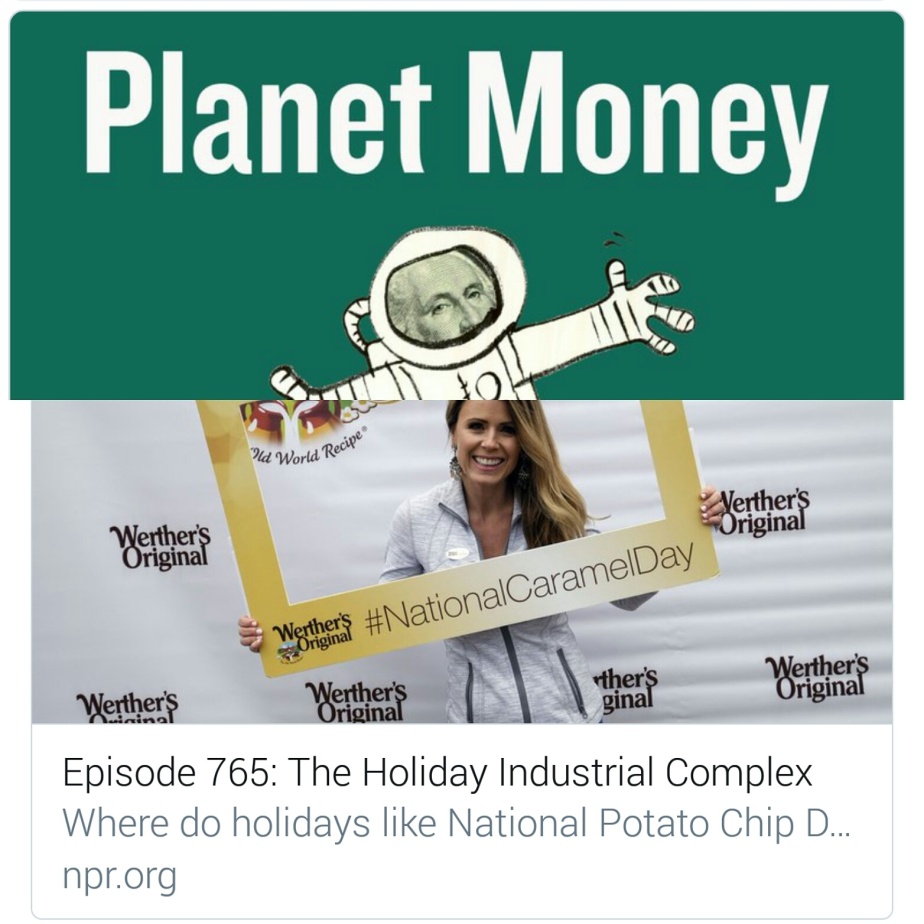 So this is pretty awesome! Planet Money did a feature on offbeat holidays. They set their sights on tracking down the origins of Splurge Day! Check it out:

Aren’t you glad someone, somewhere, invented pigs in a blanket!?! And why do we only serve them at parties!?! Why not all the time, there doesn’t need to be a special reason. Sausage or a hot dog wrapped up in dough and baked until golden brown. Yum.

Now I don’t know about you but to me, the picture above is just wrong. I don’t order fish with their heads still in tact so why would I want a pig in a blanket looking at me? And cute ones at that! And these look a little more like a mummy in a blanket anyway.

Of course in the world today you can use any sort of bread. Pretzel bread, potato bread, pumpernickel bread…

If you are really into meat, you could do pig in a pig! To me this seems like a little over kill but what the heck, if you like it, go ahead!

Or you can get really, really fancy by thinly slicing that sausage or hot dog and wrapping it with cheese and then bread. How ever you choose to have it, enjoy it today, National Pigs In A Blanket Day. 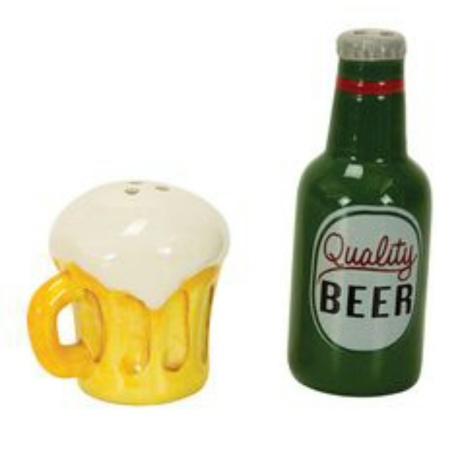 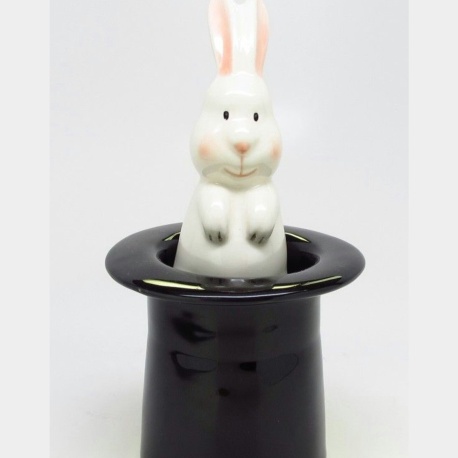 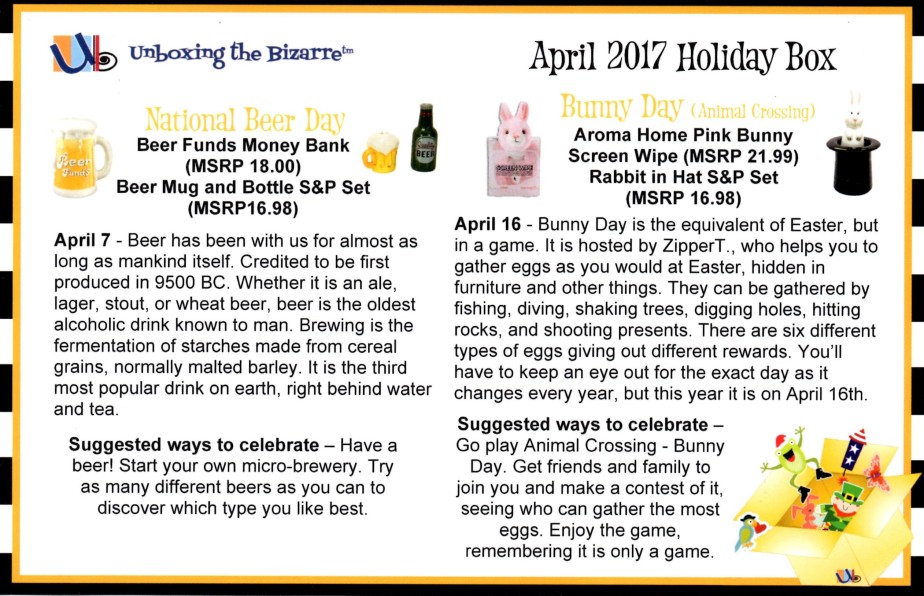 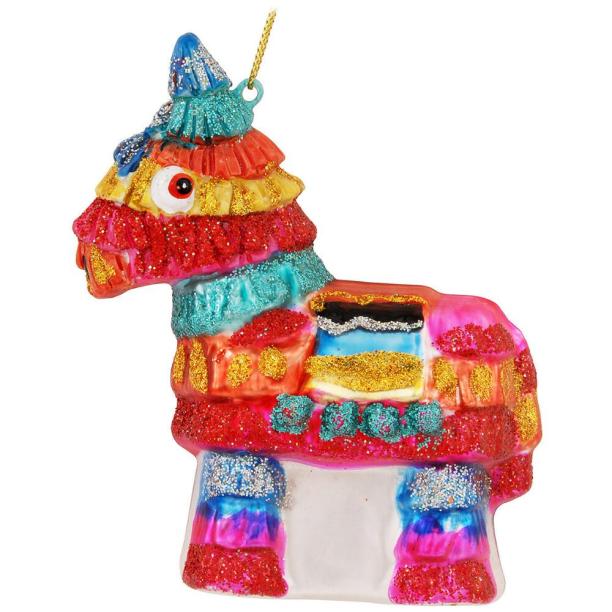 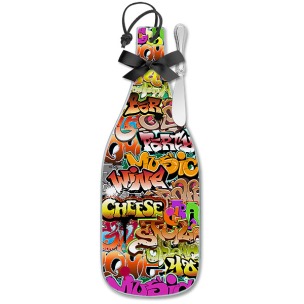 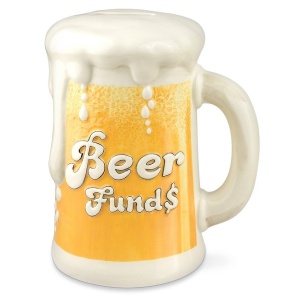 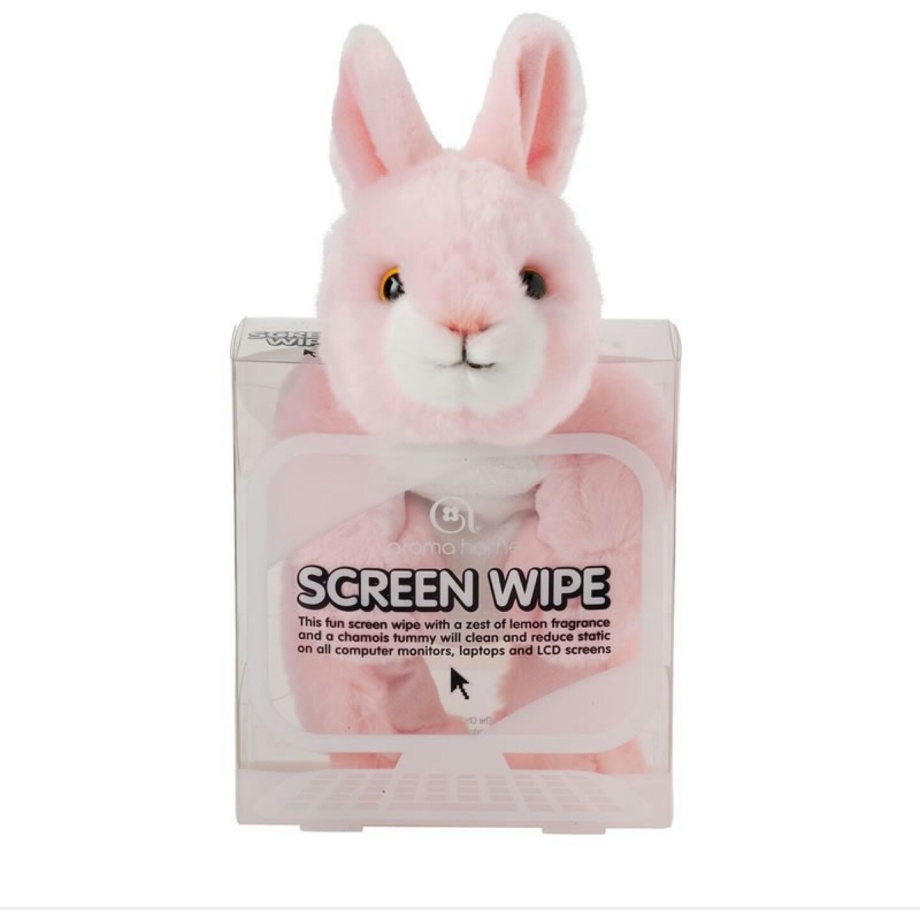 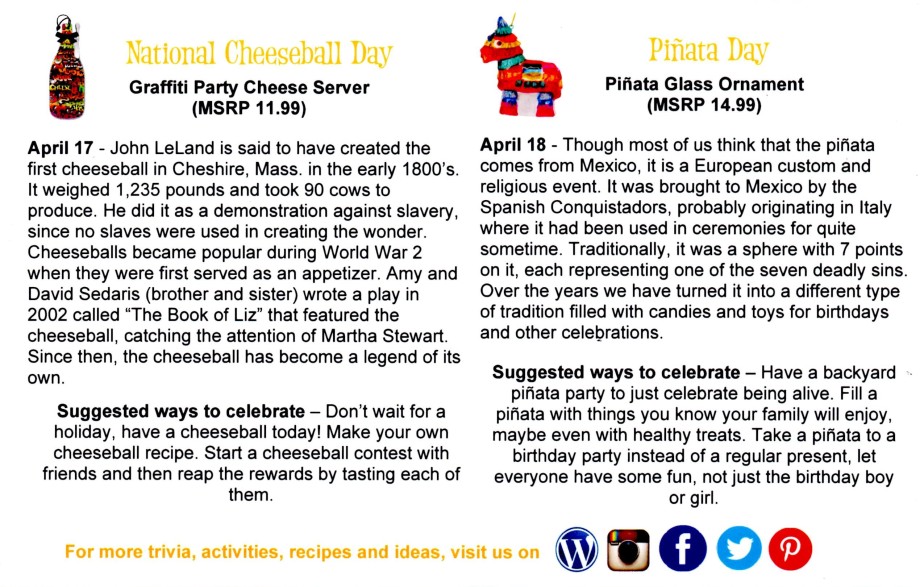 Unboxing the Bizarre™ is a Monthly Subscription Box that celebrates the wacky, crazy, and totally downright bizarre holidays not typically celebrated in the mainstream. Click here to visit our site and subscribe to the monthly Wacky, Wild, and Bizarre Holiday Box!
Follow Unboxing the Bizarre™ on WordPress.com

Or enter a custom amount